Marvel’s Avengers is getting Patch 2.2 on Tuesday, November 30th across all platforms and its packing a host of reworked systems and more importantly new content.

The big piece of content for all players is the Discordant Sound Raid.

Teamwork, communication, tactics—you’ll want to assemble your best four-player squad for this one. Following the events of the War for Wakanda Expansion, the sonic monster Klaw has returned to the Vibranium Mound with a seething determination to destroy Wakanda. This is where you finish him off for good and claim the highest-end gear—but he’s so not going down without a fight.

The patch will also see the debut of Spider-Man in the game alongside the With Great Power Hero event.

The iconic web slinger Spider-Man will come exclusively to PlayStation players in the November 30 update along with the Spider-Man: With Great Power Hero Event! You’ll experience Spider-Man’s story through unlockable challenges woven throughout the Avengers Initiative. Here’s a quick taste of his journey in Marvel’s Avengers! Peter Parker uncovers AIM’s new plan to acquire technology that could make their Synthoid army unstoppable and total domination inevitable. He must partner with the Avengers to stop this looming threat, and forms a tentative friendship with Ms. Marvel and Black Widow while keeping his identity hidden. As a Hero accustomed to working solo, he struggles with the new dynamics of working with a team. Will he join up full time with the Avengers, or stay independent in his fight against AIM?

There are several changes to gear we will be introducing in patch 2.2 on November 30.

Several improvements to Hero gear have been made to make those rewards a bit more appealing when compared to normal gear. Whether this is fixing bugs with Perks, or rearranging Perks, we wanted to offer more options to players looking for more variety in builds.

Due to community feedback, we have also added Status effects to gear for Heroes who are currently missing them. All of them. Every single one.

That means Hulk will have Cryo Perks, Ms. Marvel will have Plasma Perks, and Iron Man will have Shock Perks for his weapons. These Perks will be added to either Specialty gear from Vendors, Omega gear (for Hulk), or Hivemind gear.

We have also updated the rewards for Omega Level Threat: Family Reunion. We’ve heard the feedback that you want less variance in stat rolls for Omega gear and want more opportunities to get them. Rather than remove Perks to address one of these issues, we have made the mission drop Omega gear for every completion. This gear will not improve a Hero’s Power Level, but it will provide more chances to get a roll players want. We have removed the Minor Artifact awarded and replaced it with Fragments as a part for the Resource rework we’ll talk about below.

There’s also a chance for an additional JARVIS or other set gear to drop in case you wanted another source of that.

Furthermore, due to feedback and internal testing, several Perks have been updated where the specific trigger plays a bigger factor on the percent chance of a Perk activating.

For example, the trigger of “being damaged” which is a passive, very easy event, has a lower base chance to activate the buff or perk it’s on. Perks focused on defeating an enemy under a certain Status effect have been increased to be the second highest based percentage right behind teammate revival due to these triggers being more difficult to achieve.

This is of course all affected by Proficiency and older gear that rolled with a higher percent chance will retain its value until it is upgraded. Once upgraded, it will have the newer value. Since the launch of the game, we have had various resources that are gathered and used to upgrade items. In the 2.2 update, we are streamlining that system to be more user friendly.

From a high level, we are removing the need for Catalysts, Nanotubes, Nanites, Plasma, and Uru. We will grant a number of Fragments, Upgrade Modules, and Polychoron to players for these resources and remove them from the UI.

When players log in, they will be notified of the resources being retired, and what resources they will get in exchange. We may bring some of the retired resources back in the future if there is a clear need for a new resource to support any new or updated systems we release.

This also means we need to rework areas that currently grant resources as rewards. The following list shows what the changes will be. 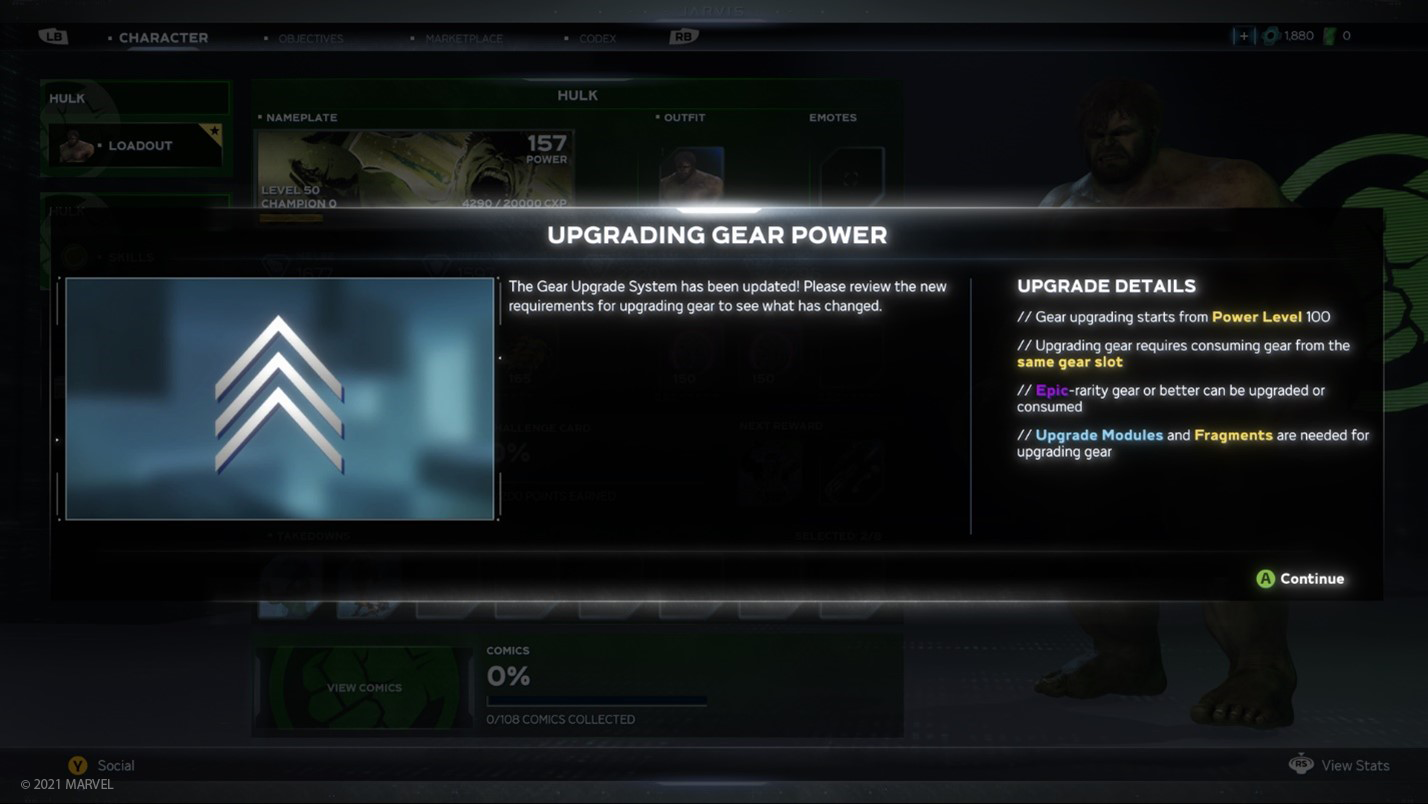 Gear should be important. We want players to hold onto gear they find is cool or helps them achieve a desired playstyle without the need to re-play activities when the reach the power level limit to get another version of that gear.

So we have introduced the new upgrading system allowing players to infuse their gear and increase its Power Level along with the players progression.

The gear you like can now be carried along your journey to max Power Level, with a few rules.

Only gear that meets the following requirements can now be upgraded:

Players will now be able to improve the Power Level of an item by consuming a higher Power Level item and paying the upgrade cost. The cost is Fragments and Upgrade Modules and will be modified based on a few factors.

When you view gear above PL 100, you will see a new prompt at the bottom for upgrading. 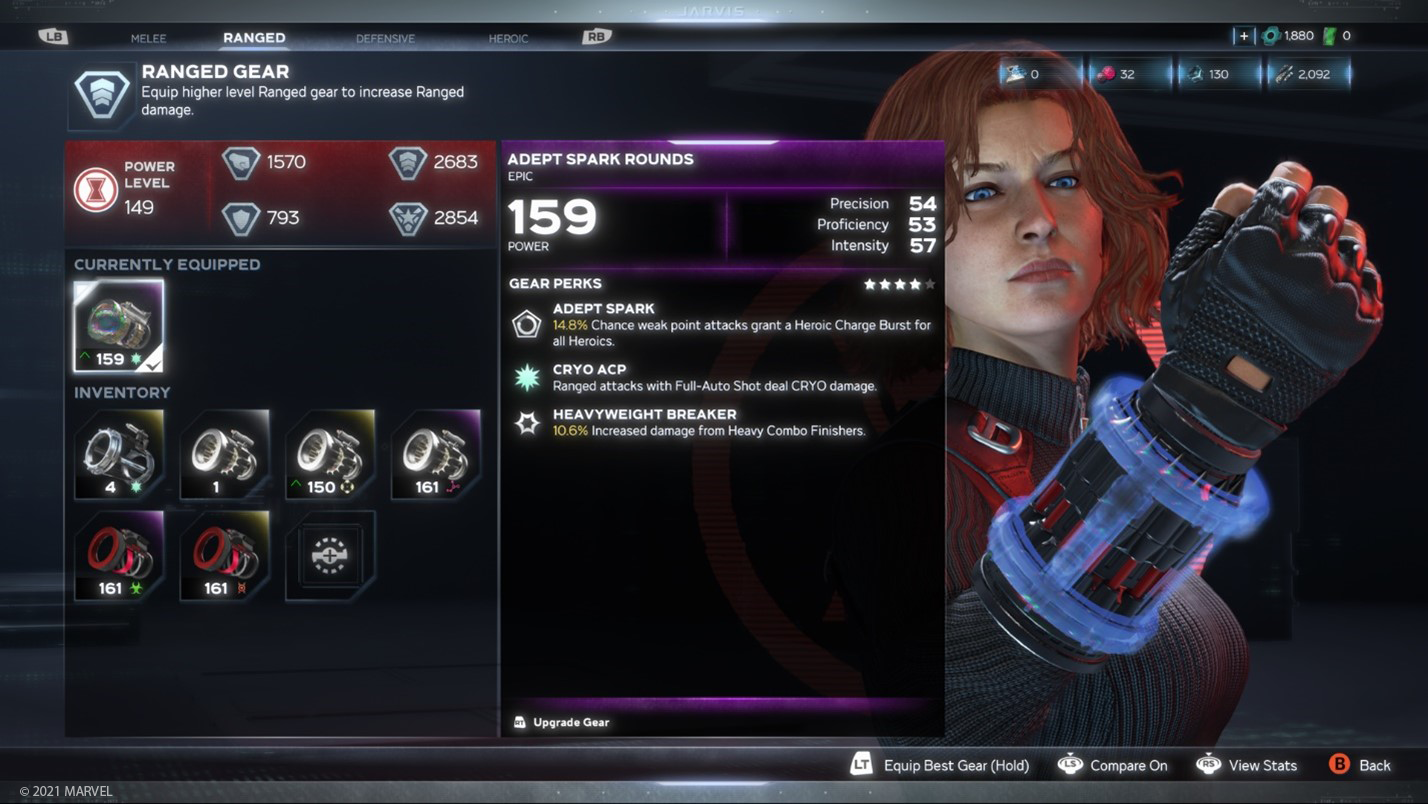 This will bring a new menu of gear that is applicable to be used for upgrading. You can then view the costs to upgrade and preview what the final result will be after upgrading. 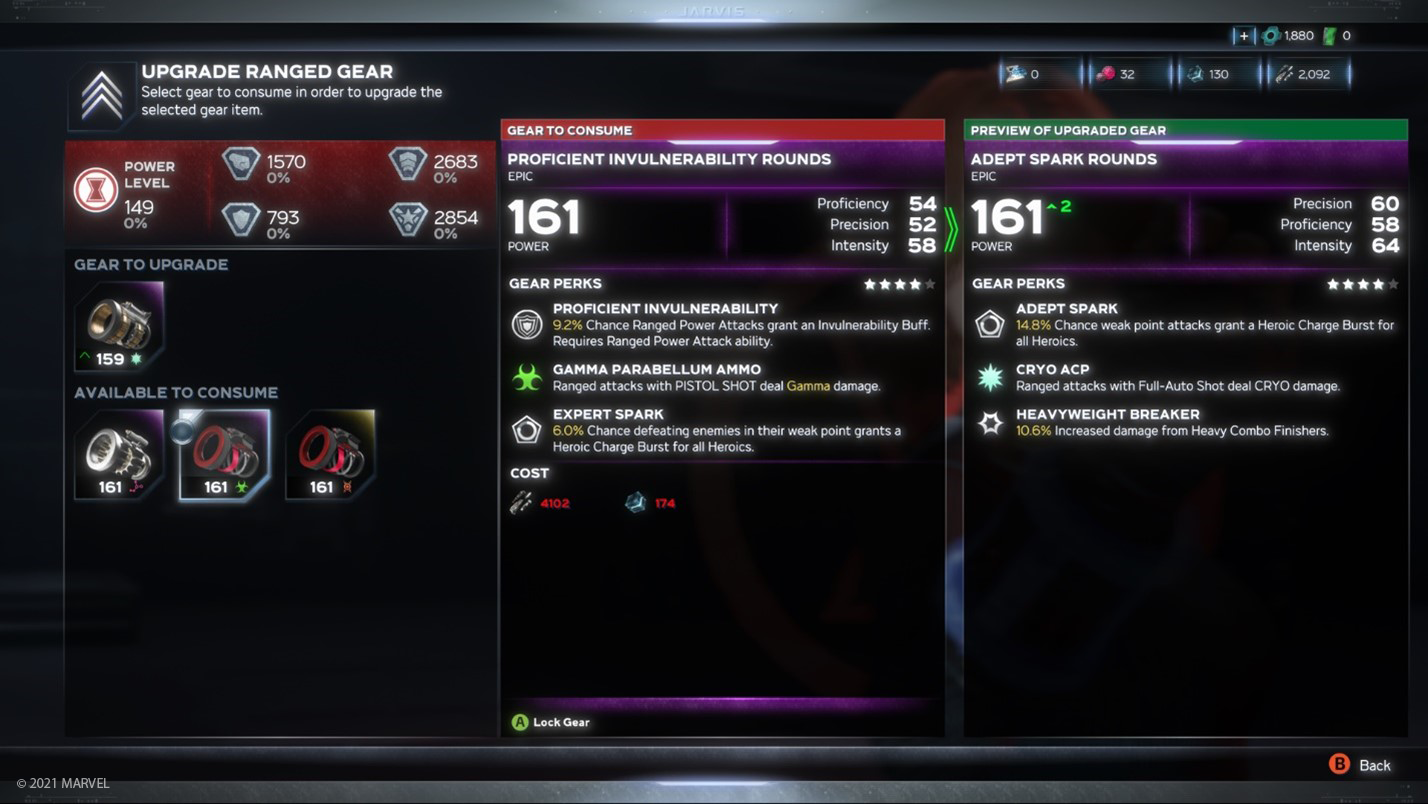 Below is an example of the cost difference in consuming a higher-quality item. Note that the resulting attributes are the same regardless of the quality of item consumed. 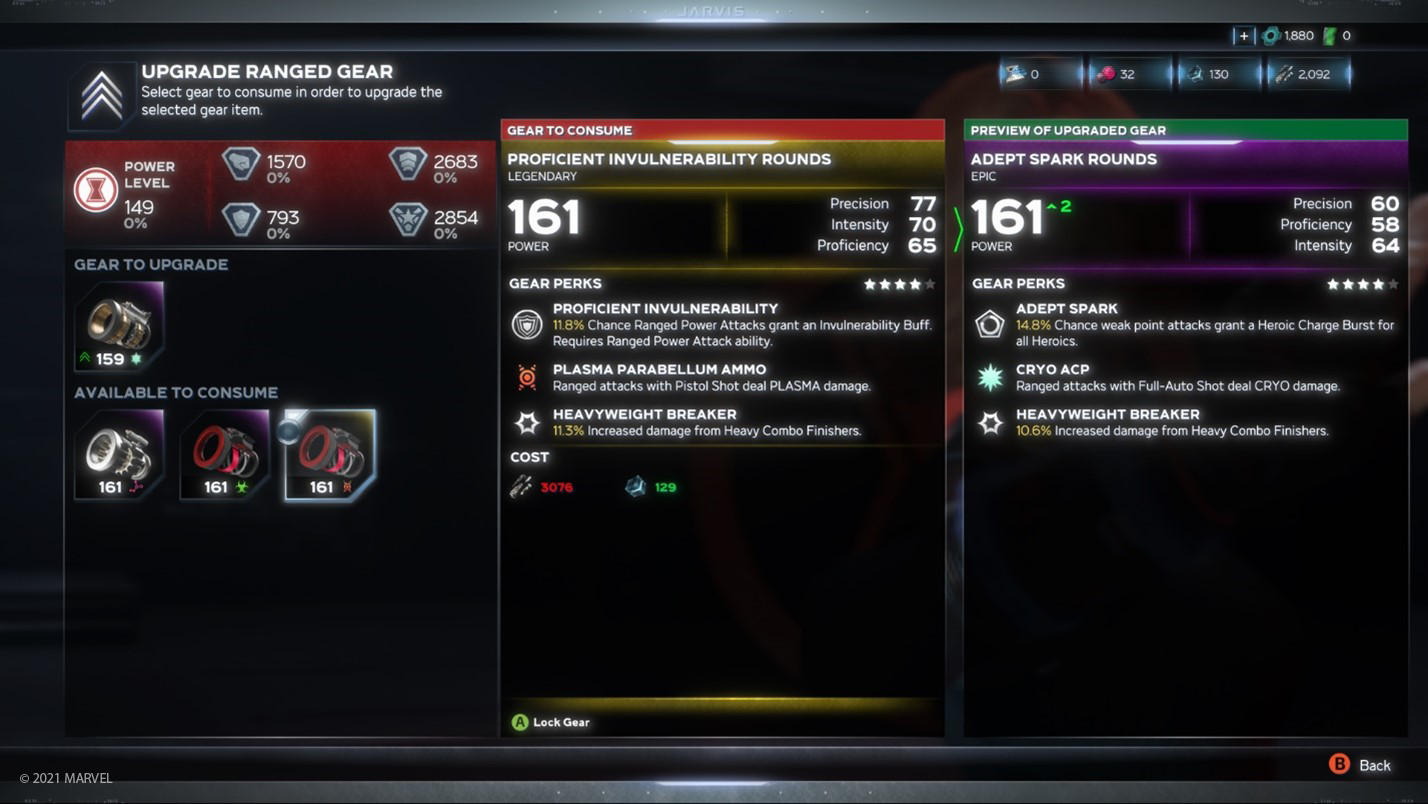 So, what is happening to the gear you already have, upgraded, saved, etc?

First, all gear dropping in this update will now have all perks unlocked by default, doing away with the upgrade requirement. Second, all gear will be the Power Level it is before the patch. An upgraded item at PL 140 will be 140 after the change and a PL 130 un-upgraded item will be PL 130 but all the perks will be unlocked.

After the update, all existing Epic or higher gear pieces can be upgraded to Power level 140.

You can upgrade gear to Power Level 150 with items obtained by completing both the Omega Level Threat: Family Reunion and the Discordant Sound Raid mission chains.

You can obtain gear up to Power Level 165 by completing the Elite version of the Discordant Sound Raid and either equipping the rewards from the mission chain or using them to upgrade existing gear.