It’s no secret that I both love Destiny the game and detest the developing studio behind it, Bungie.

I’m one of those few people who were disappointed when it was announced that Bungie was splitting from Activision and retaining the Destiny franchise. Yes, I would have preferred Vicarious Vision and High Moon Studio work on the game because I dislike Bungie that much.

The actual gameplay team at Bungie, those responsible for the shooting aspect, are top notch. There’s simply no better shooter experience around. The gunplay is, and always has been, phenomenal.

But as far core gameplay loop mechanics and systems, and loot structure, and activities go, Bungie is terrible.

Now they’ve gone and demonstrated their terribleness on a whole new level, somehow finding a way to mess up a fairly simple concept and one that players have been begging for since Destiny 1… gear transmog.

From the latest This Week at Bungie:

Before we get too deep, here’s a quick list of steps that players will take to convert their armor appearance into Universal Armor Ornaments:

To start, players will begin earning Synthstrand when defeating enemies in Destiny 2. After earning 150 Synthstrand , players may visit Ada-1 in the Tower to acquire class-specific bounties, which will reward Synthcord.

This is already four steps too many. Who sat down and thought all this nonsense up, pitched it and then had bigger morons approve it?

If all of this wasn’t already bad enough, in classic Bungie fashion they add more BS on top of it:

Players may earn up to ten Synthweave per class, per Season.

You can convert only 10 pieces of armor into an ornament for a class during the course of an entire season. With all the legendary, rare, uncommon, and common armor pieces that players have unlocked in their collection, you will be limited to converting just 10 pieces a season for free by grinding the game. That’s only two complete sets of armor per season.

But fear not players who have been wanting this for seven years, if 10 pieces a season isn’t enough for you then Bungie is graciously allowing you to buy Synthweave. For the low price of $3 you can convert one item into an ornament, or you can unlock a full set for the discounted price of just $10.

Bungie is also graciously celebrating this new system, coming May 11th with the beginning of the next season, by allowing players during the next season to be able to convert 20 pieces for free via grinding, or four complete sets. All you need to do is tediously grind more unfun bounties in the activity of your choice.

Just look at the fun times that await (via these example bounties), unless you splurge with Silver and bypass the nonsense and limits:

Here’s the kicker. For the most part, armor in Destiny 2 absolutely sucks. Most of the decent looking armor sets have been Eververse sets, or seasonal ornament sets, and these are of course already universal ornaments.

Thusly, why would anyway ever pay silver to convert some ugly armor piece of any rarity legendary or below? I don’t even see how doing the grindy free version will be worth it because 95% of the armor is poorly designed.

This system should’ve been no cost, if you have it unlocked via collections then you can use it as an ornament. Instead, Bungie figured out a way to one up themselves with three new currencies and even more bounties complete with yet another trip to the Tower to do what you want to do.

At this point, it’s almost impressive. You have to actively try to screw up and make things so needlessly convoluted as Bungie consistently does.

The fun doesn’t end there though, because Shaders are also finally getting overhauled.

Starting next Season, all unlocked shaders will be visible on the Guardian Appearance screen when hovering over the shader bucket. Players may apply shaders for 500 Glimmer per armor piece. Additionally, we’ve added the often requested “apply all” button for shaders, which will cost 2500 Glimmer total. This is the same Glimmer cost to purchase shaders right now, but we’ve done away with the Legendary Shards requirement. 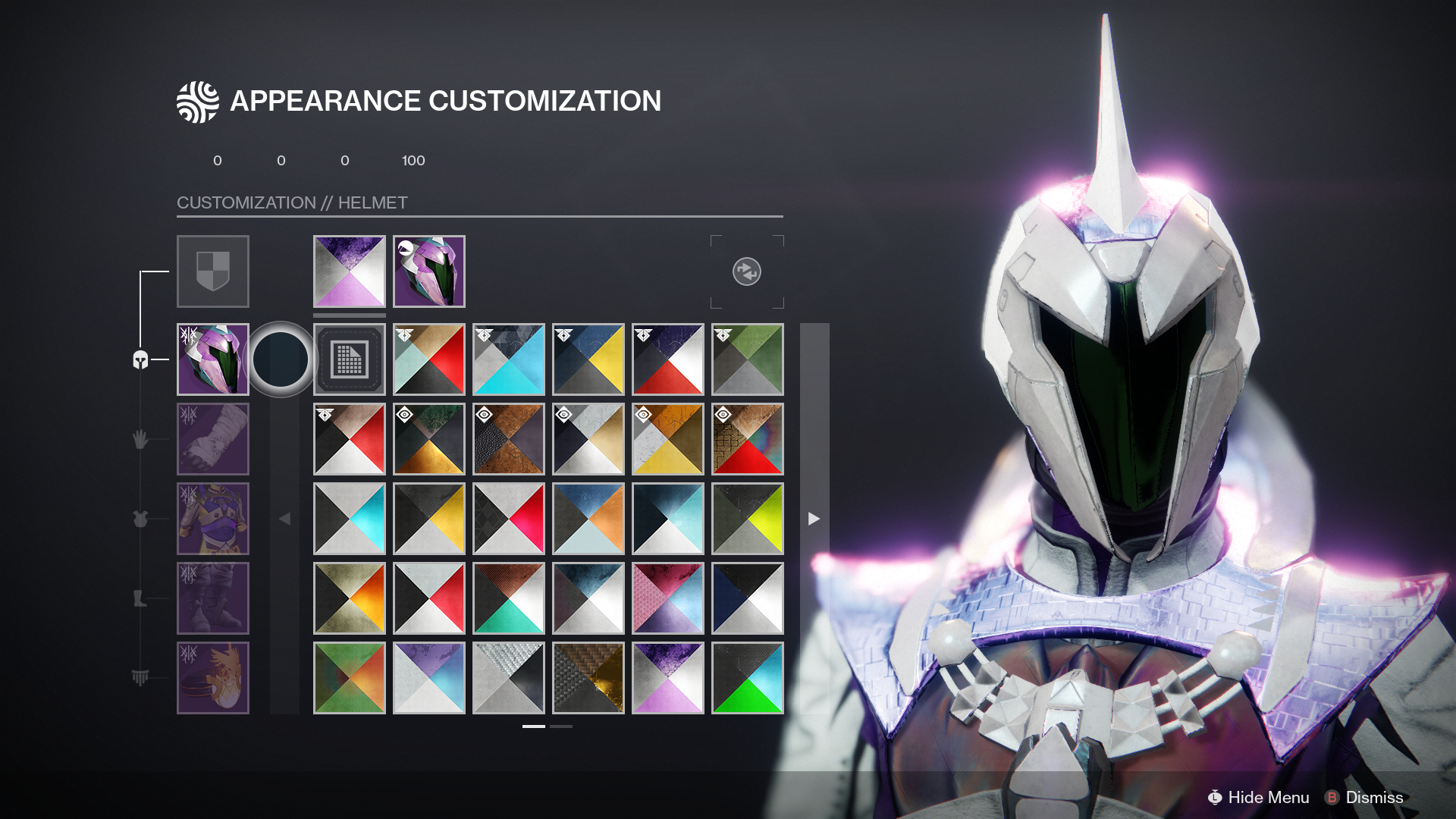 Everything about this is good except for the cost. I understand Bungie would just say “it’s cheaper, it doesn’t cost Shards anymore,” and yeah that’s true. But I should be able to freely swap shaders that I’ve unlocked without any sort of cost.

Whatever to this, let’s get to the “good” part…

Shaders will continue to be earned through various activities in Destiny 2 or can be purchased using Bright Dust or Silver from Eververse. With the update to shaders, we’ll be increasing their cost from 40 Bright Dust to 300 Bright Dust. This will continue to be a one-time purchase and will appear in the Guardian Appearance menu when unlocked. In celebration of Armor Synthesis, a Year-1 Eververse shader bundle will also be available in the Eververse for Glimmer, no Silver required!

Are you kidding me?

A 650% price increase on Eververse shaders?

There is no justifiable excuse for this. It’s the definition of a scumbag move, and thusly isn’t surprising coming from Bungie.

But screw it, increase that price. I’ll start treating Bright Dust like Silver and ignoring it completely. The grind to acquire measly amounts of it is already tedious, so raise prices and I just won’t engage with it at all.

I’ve spent hundreds of dollars on this game, mostly on content that hasn’t been worth it (or has been removed) and I’m tired of being treated like a free-to-play player.

Everything mentioned in this TWAB was terrible and these guys are actually “excited about it.”