Publicize the pointless and the preposterous with a pretend party sure to perplex the pretentious and the pessimistic but please your puerile peers who profess a passion for playfulness and princely porcine prizes.

Translation: The Jester’s Festival has returned!

Seek out the Jester’s Festival pavilions located outside the cities of Ebonheart (Stonefalls), Vulkhel Guard (Auridon), and Daggerfall (Glenumbra) to get started. If you’re having trouble and need directions, you can pick up the Jester’s Festival starter quest free from the in-game Crown Store. Look for it in the Quest Starters category.

Chat with the noble jester versions of the Skald-King, Queen Ayrenn, or High King Emeric, and complete the intro quest and you’ll receive the Pie of Misrule memento—a delicious treat that will also grant you a two-hour, 100% XP buff! Once you’ve completed the intro quest, each jester will also provide you with a daily quest to help spread the joy of the silly season to all of Tamriel. 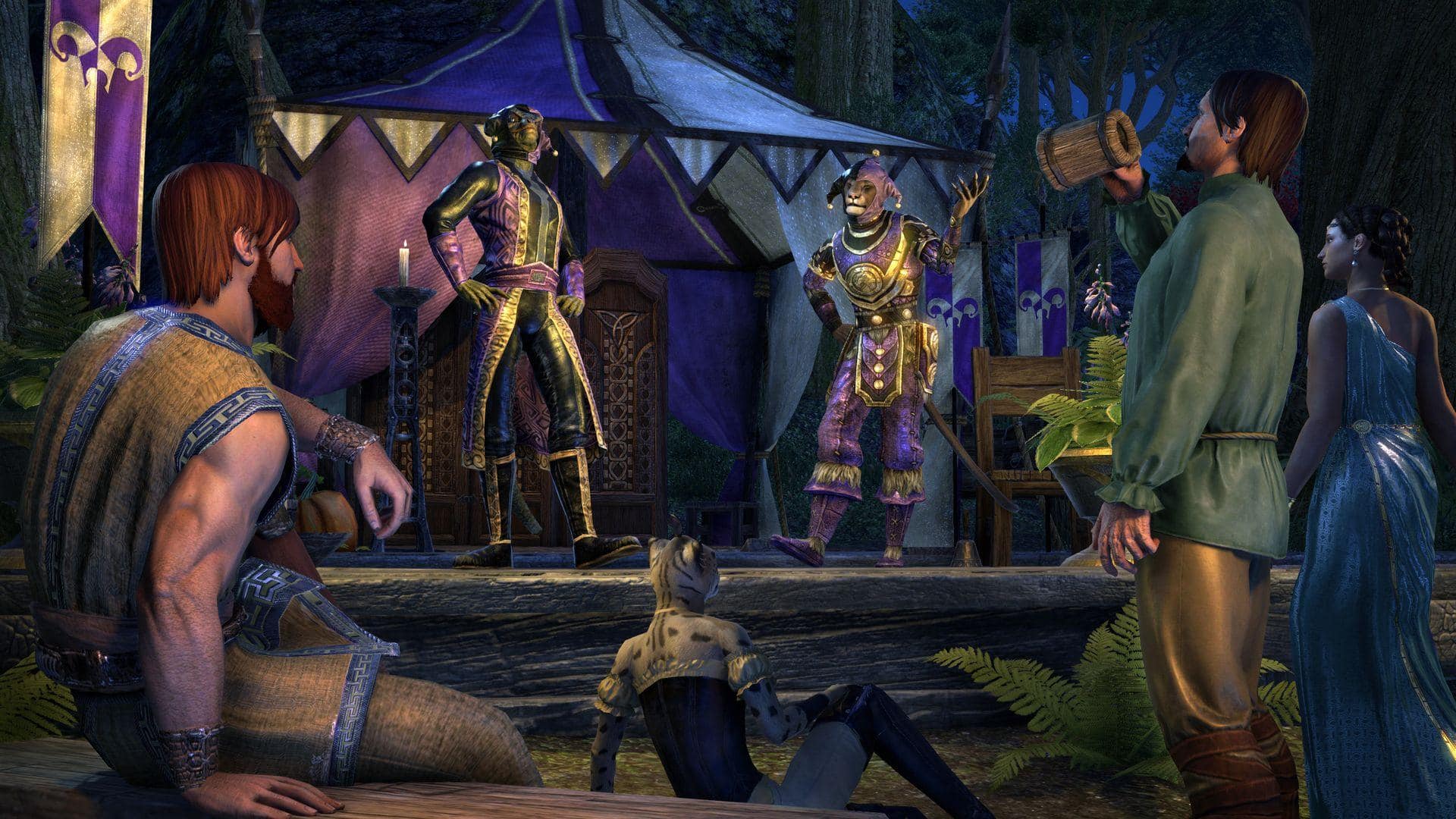 Find the Jester’s pavilion to join in on the fun!

You can complete these AND the original three quests each day, each helping to bring frivolous fun to the people of Tamriel!

When you complete a Jester’s Festival daily quest, you’ll receive a Jester’s Festival Reward Box as an additional prize. These wonderful wares can contain goodies such as valuables (to sell to vendors for gold), consumables, recipes, furnishings, Revelry Pies, and fragments of the new Playful Prankster’s Surprise Box memento. But wait, there’s more! The first time you complete a daily quest each day, you’ll receive a Stupendous Reward Box instead of the regular one. This special box can include the same items as detailed above, but it also has a chance to contain these items:

Once you’ve earned your daily Stupendous Reward Box, you can still complete the other daily quests to grab additional regular Reward Boxes, too. 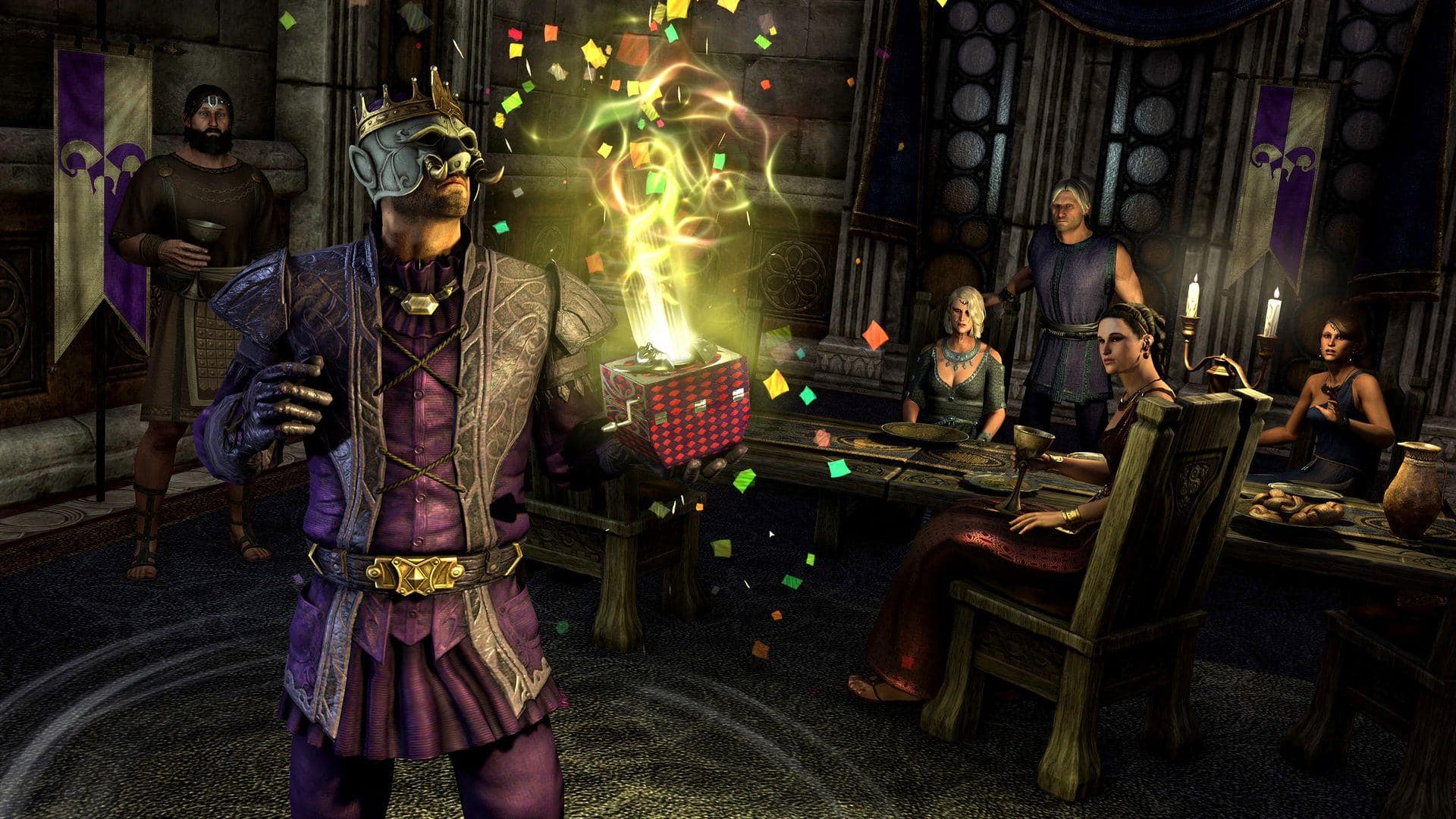 In addition to the daily quests and reward boxes, you can earn special Jester’s Festival Achievements by spreading some cheer the old-fashioned way—with pie! When equipped to your quickbar, the Revelry Pies make for spectacular (and tasty!) projectiles, so be sure to share these delicious treats with your fellow players and NPCs alike as you make your way around Tamriel.

As the people of Tamriel come to fear your sticky wrath, you can earn unique event-specific Achievements:

Take note that not all share your finely honed sense of humor, and some might object to having a pie thrown in their face—crazy, right?

The first time you complete a Jester’s Festival daily quest each day, you’ll receive three Event Tickets as a bonus reward. The Event Ticket timer resets at 2:00AM EDT each morning. If you earn new Event Tickets over the 12-limit cap, you’ll lose them.

The Impresario will stock the following items during the Jester’s Festival event:

Note that none of the above items are tradeable if acquired with Event Tickets from the Impresario.

This is your last chance to get the final fragment for the Deadlands Scorcher skin. The next event will have the first fragment for an entirely new reward, so don’t miss out! 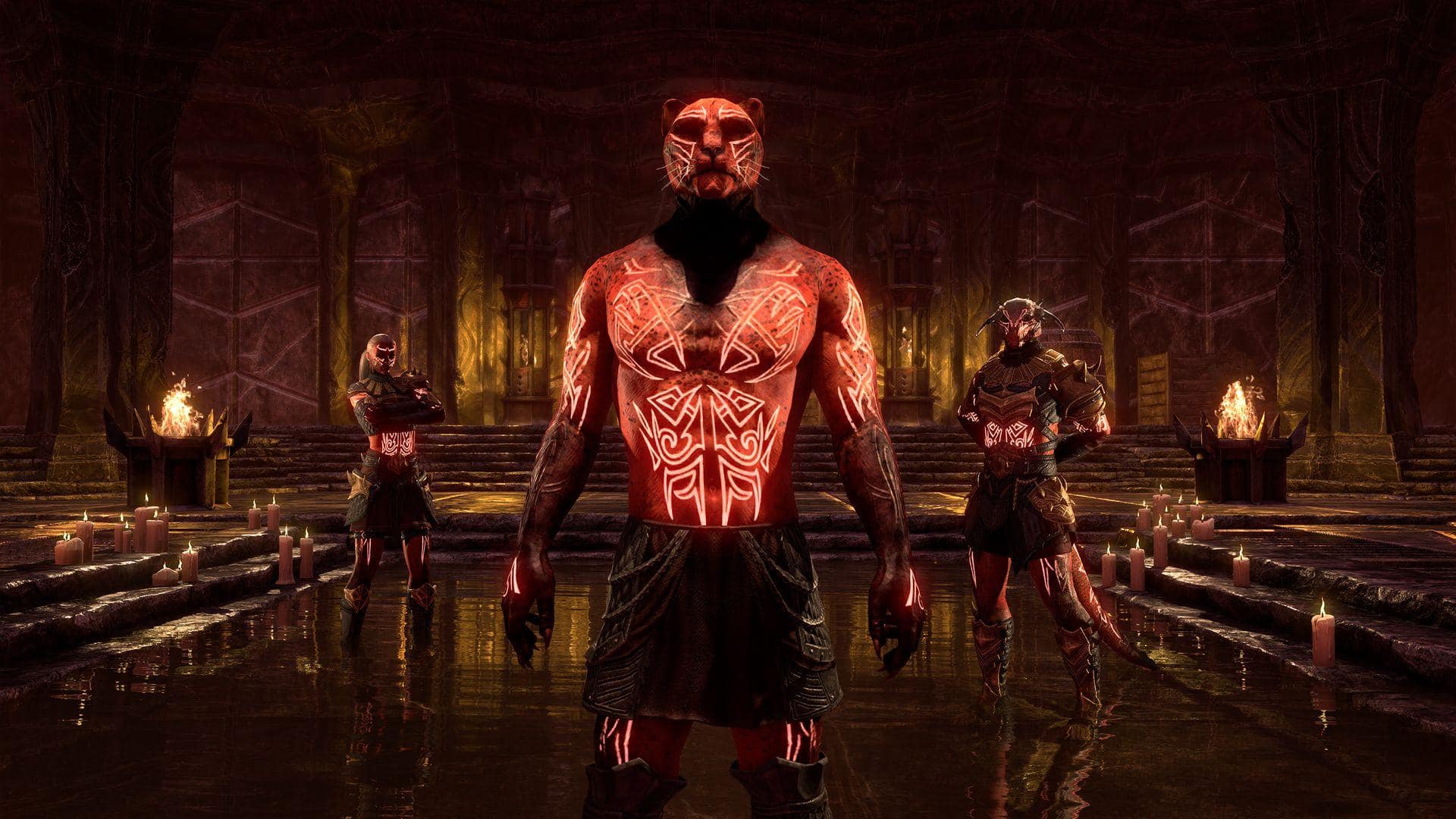 During the Jester’s Festival period, you can also pick up some fancy returning and new items from the in-game Crown Store. These bizarre festival-exclusive items include the Regal Regalia weapons and the Prince Boar pet: 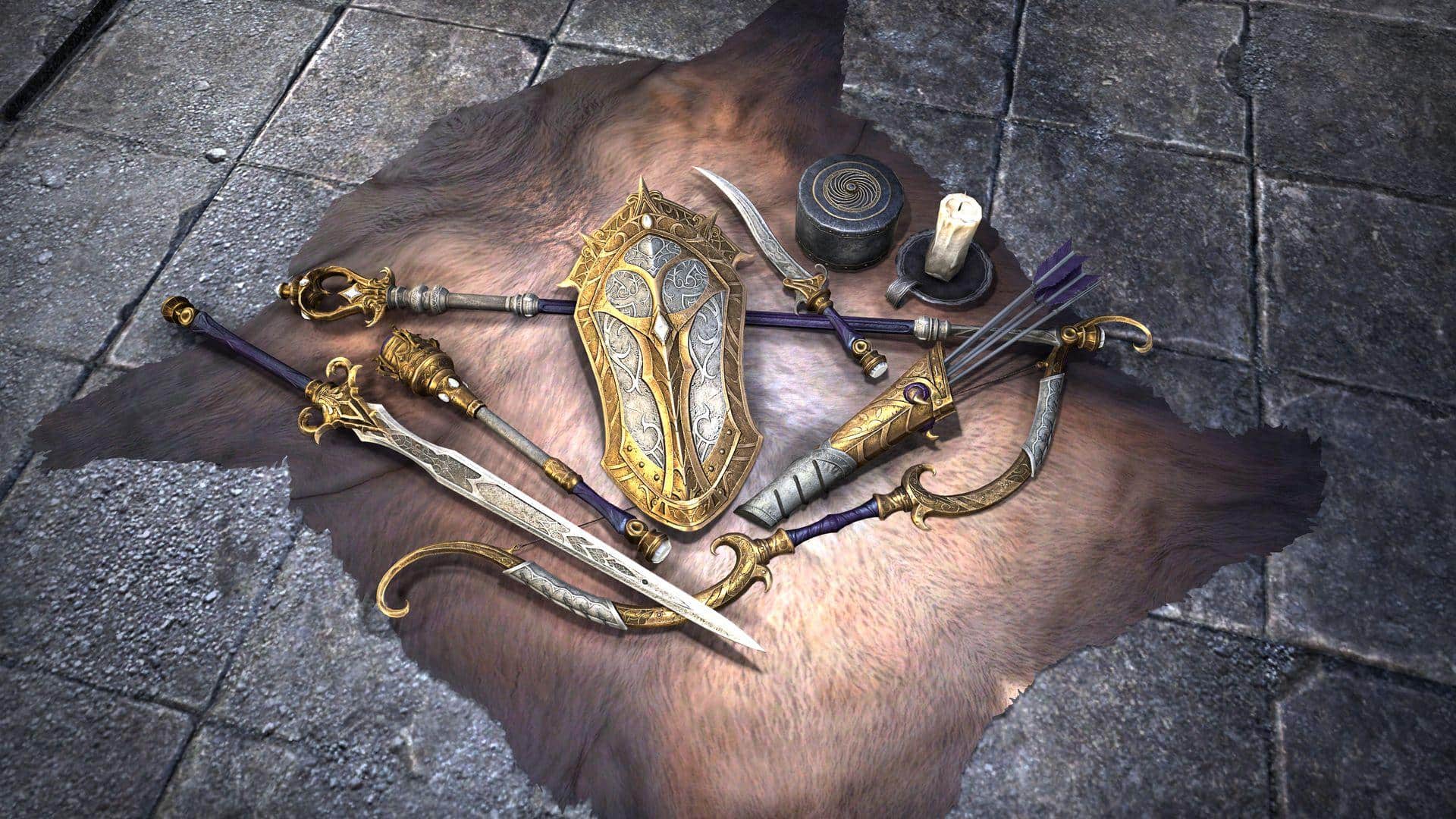 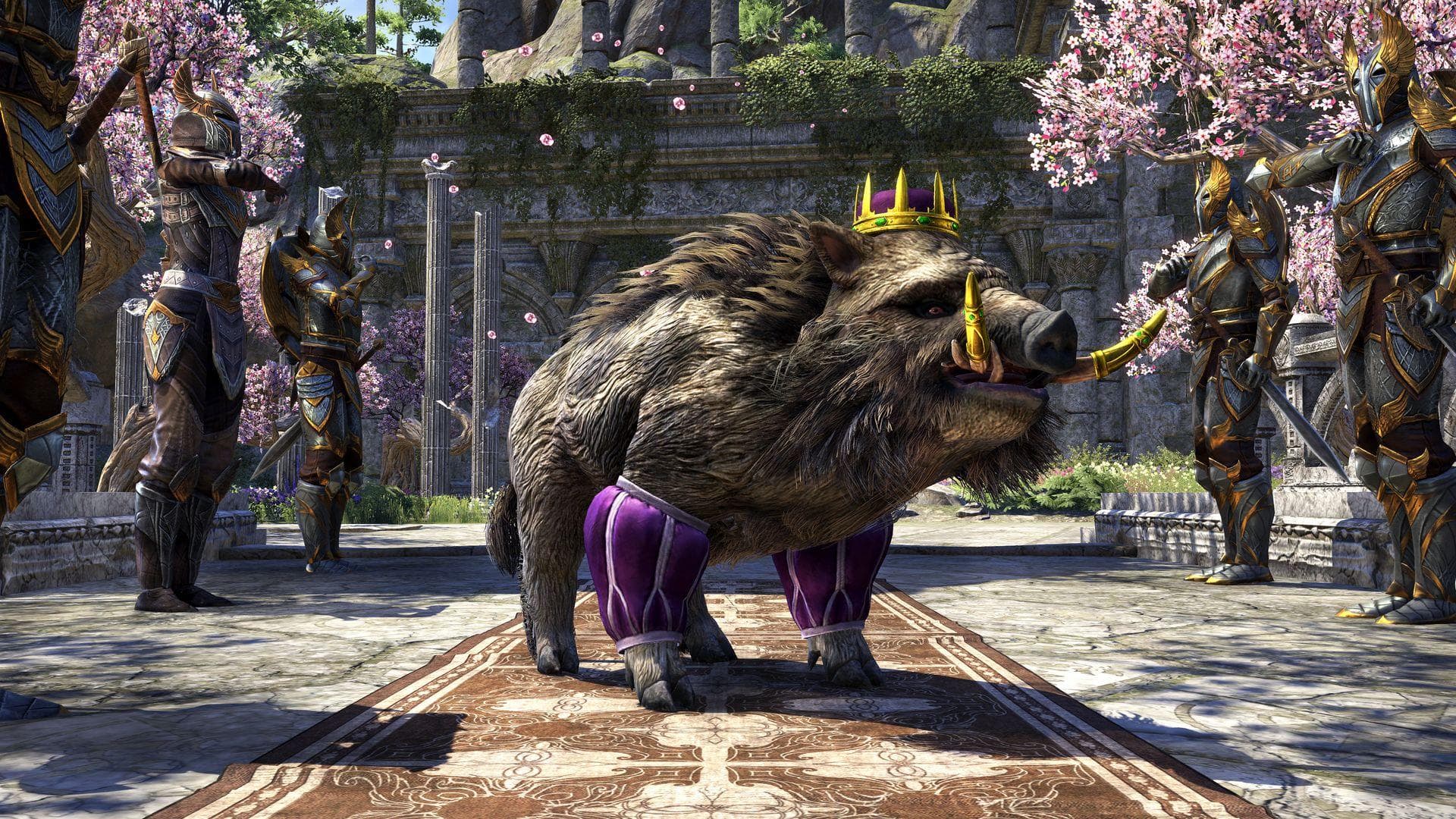 This is just a tantalizing taste of some of the absurd items you can pick up in the store during the event period, so be sure to check out everything on our Crown Store page.

A FESTIVAL OF FUN!

The Jester’s Festival in-game event begins this Thursday, March 25 at 10AM EDT, and runs until Thursday, April 1 at 10AM EDT.