Joe Blackburn, Assistant Game Director on Destiny 2, has posted a lengthy post on Bungie.net looking at Rewards in the game beginning in Season 13 and beyond and addressing some of the shortcomings of Beyond Light. Read it here or below.

Some highlights include The Palindrome, The Swarm, and Shadow Price are returning to Destiny 2 next season as Nightfall exclusive rewards, with adept versions for Grandmaster Nightfall’s. There will be two weapons for strikes, two weapons for crucible, and two weapons for Gambit. Future expansions will contain more loot than Beyond Light or Shadowkeep did. They are adding devs to the Rewards Team. Crossplay is coming in 2021.

My name is Joe Blackburn, and I’m the Assistant Game Director on Destiny 2. If your free time looks anything like mine, you’ve been spending a lot of it on Europa over the past few weeks. Some of you may know me from my previous Bungie life when I worked with the raid team and on Season of Opulence. I’m back thanks to a revive from Luke and team as we work together to create a Destiny 2 future that we’re all excited about. Today I want to spend some time with you on a subject that is near and dear to every Destiny 2 player’s heart: rewards.

There’s a thing I ask a lot around the virtual office, “How are we making every Season the best time to jump back into Destiny?” Destiny is a very large and complex game, and while this is what also makes it a game we love, we want Destiny 2 to continue to evolve, to be a world with momentum.

Introducing Infusion Caps is part of addressing this, a way to make sure that the overall number of rewards Guardians need to care about in order to be competitive in Destiny isn’t prohibitive. It is also a way to continue evolving each season’s meta, while at the same time making sure players still have a ton of options when choosing what they want to bring into the next challenge. Our goal from the beginning with Infusion Caps is to improve and keep Destiny 2 fresh over time – what we’re most looking forward to is how this system will introduce innovation to the season-over-season meta, how creative builds from the community will shine, and how we can continue to deliver more unique hand-crafted gear that aligns with the world narrative and where the universe is going.

While we still are hard at work on improvements to how we rotate gear out of the Destiny Power ecosystem (what gear you can infuse to max Power), there were a few clear-cut misses with our first rollout.

I’m going to spend a lot of time talking rewards, but before we deep dive, let’s get the TL;DR out there. These are the big commitments we’re making today.

With Beyond Light we took on the huge challenge of rebuilding our technology from the ground up. One of the benefits of this was improving the speeds with which we could make and update Destiny. You’ve already seen some of those gains since launch, with updates such as buffing the Legendary engram coming in much faster than we’ve been able to do in the past. But Season 13 will be here in just a couple of months (very soon in the world of Destiny development), so let’s talk about how we are continuing to leverage our technology to act with agility.

Season 13 is the first chance for us to prove our commitment to growing the overall Power ecosystem with each release in Year 4. We want to make sure that, with each new season, there are more weapons to take with you to tackle that Nightfall Ordeal or Master Bunker E15 than there were before.

While I won’t be spoiling what new stuff you’ll be able to chase in our next season, I did want to touch on a few changes we’ve made to the reward offering specifically based on what we’ve seen in Beyond Light.

In a recent patch, we added the Season 10 and 11 weapons to the world drop pool and we removed the Season 9 weapons. This was important for a few reasons.

We want to make sure that players have a way to earn all Power-relevant weaponry in the live game. If a group of new Guardians is just getting into Grandmaster Nightfalls and they see guides on YouTube involving Warmind Cells, we need to provide a path for them to participate.

At the same time, we don’t want to be clogging up the reward streams with weapons that are about to exit the Power ecosystem. So anything that’s only going to be around for a few more months shouldn’t be something a player can accidentally obtain.

In Season 13 we will continue to allow all players to gain Season 11 and Season 12 weapons in the world drop pool while Season 10 weapons will be obtainable through a more prescriptive source. This means that Legendary engrams will no longer reward these soon-to-expire weapons. If you want to chase a specific piece of soon-to-be-capped loot, you’ll find it with the Gunsmith. This is all part of our larger commitment to making sure that players can always earn anything they might need to take on challenging activities. That said, this will require a few exceptions and some updates to the live game.

As far as exceptions, we don’t plan on adding methods for players to acquire holiday weapons like the Braytech Werewolf outside of participating in those yearly celebrations. For updates, this does mean in Season 13 we will be adding limited time quest weapons like Felwinter’s Lie, Whisper of the Worm, and Outbreak Perfected to the Exotic Kiosk in the Tower.

After covering things we’d like to change, I want to spend some time talking about what must stay the same. Destiny is a game built on exciting rewards. From Bastion to IKELOS_SMG_V1.0.2 to Falling Guillotine, the rewards over the last twelve months have continued to evolve the way Guardians play the game. In Beyond Light, I believe the Rewards Team nailed it again with incredible new Legendary perks like Recombination, Thresh, Chain Reaction, and Reconstruction. Alongside these perks came what I believe is one of the best lineups of Exotic weapons and armor in Destiny history.

But where we succeeded in quality, we failed in quantity. Even as Season 12, the Deep Stone Crypt, and the full breadth of Europa weapons came online, the total count of weapons in Beyond Light is lower than we want. So, we’re making the commitment now that our future annual releases will have more weapon rewards than Beyond Light or Shadowkeep.

There’s no way for us to make more rewards at Destiny’s standards and still maintain the health of our current team, therefore we’re going to reinforce the Rewards Team with more talent that will allow us to deliver quality and quantity in the future. Molding someone new into a master Destiny gunsmith takes time. This isn’t going to be a change that the community will feel next week, but it does put our best foot forward as we step towards The Witch Queen and Lightfall.

Increasing the Reward Team’s size is one of our long-term initiatives, but it is not the only upgrade to our gear rotation plan that we want to get into the oven. We envision a better solution for how armor intersects with Infusion Caps. The personality of armor comes from mods right now, so gaining a new piece of armor often means just trying to find a piece of armor that replicates the stat allocation you already have on a piece in your vault. While we are not ready to talk concretely about armor plans right now, we do want to get more gameplay novelty on armor itself so that looting a piece of armor in a new season has the potential to change the way you play.

Expect to hear more about armor and other holistic upgrades to the way gear rotates in and out of the Power ecosystem as we harden plans in the new year.

And that new year will be here before you know it. A big chunk of the team will be taking some hard-earned time off to rest and relax ahead of coming back to the studio and diving into 2021. We have a lot of work to do and, while I’m looking forward to the break, I also can’t wait to get to work on some of the huge stuff we’ve got coming in the new year. Without spoiling too much, here’s a brief teaser of some of the things that are on their way in Destiny 2, Year 4: 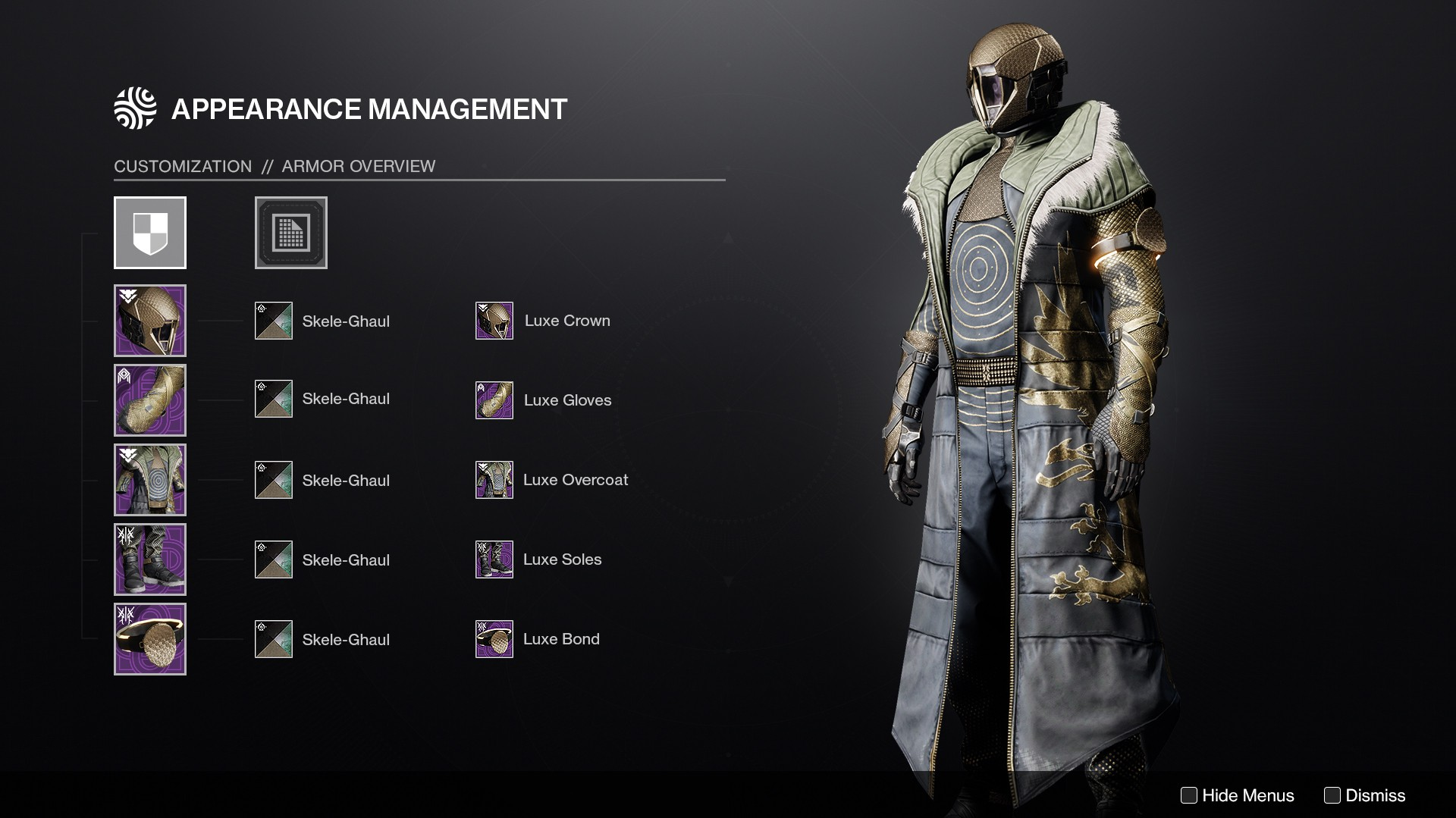 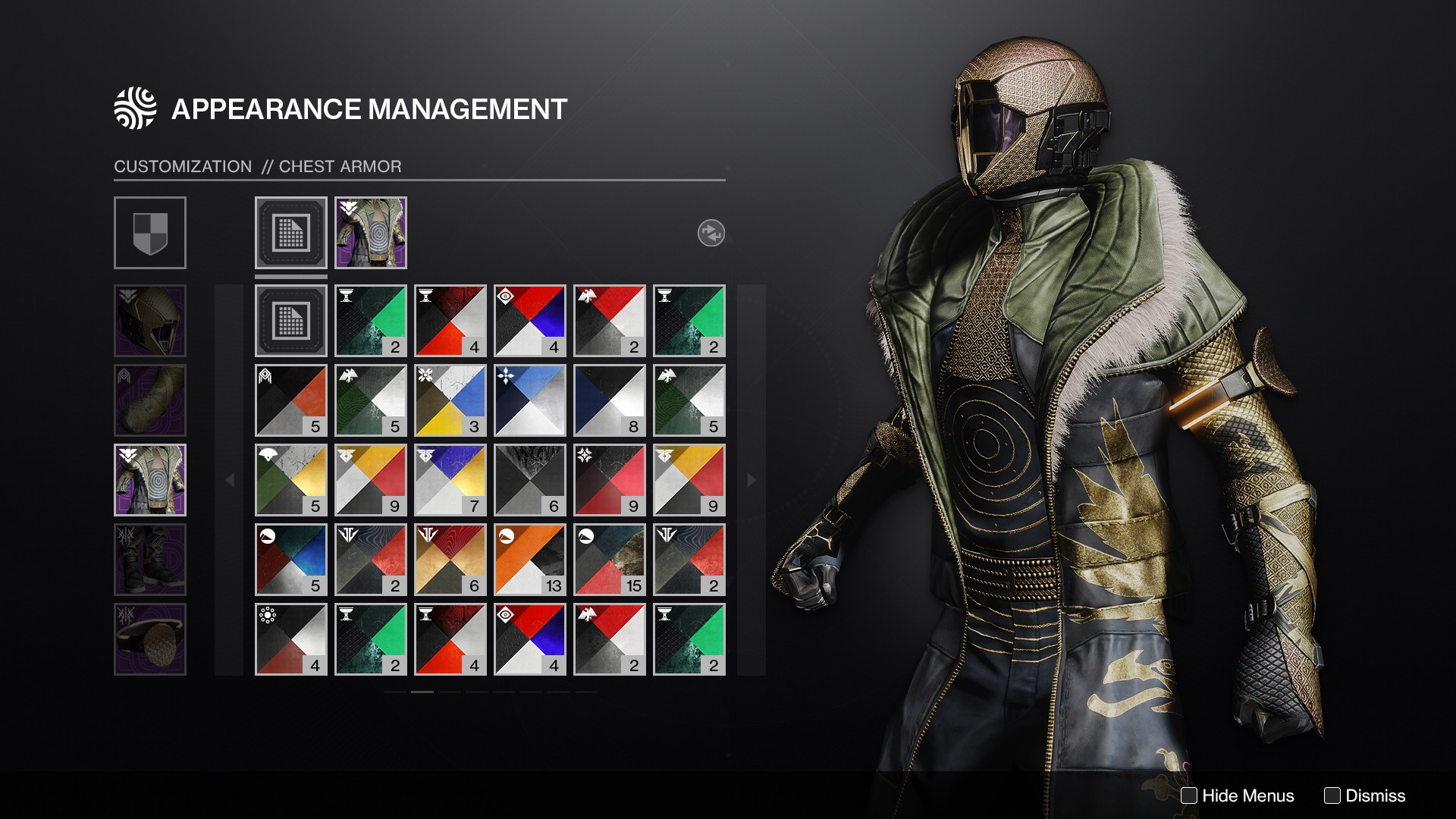 Now that I’ve ranted longer than a raid leader on Val Ca’uor, let’s wrap this thing up. 2020 has been a hard year for so many folks out there, and I hope that Beyond Light has been able to be a bright spot over the past couple of weeks. Playing Destiny 2 alongside you helps keep us going. We’re going to keep our ears and eyes open for more feedback as we continue towards 2021. I hope your holiday treats you well and can’t wait to share more Destiny with you in the new year.

Thanks for your time,