Sniper Elite V2 first released way back in May 2012 for PC, PS3, and Xbox 360. Two more mainline additions and seven years later, Sniper Elite V2 has been remastered for PC, PS4, Xbox One and Nintendo Switch.

Is the trip back to 1945 Berlin and the final days of World War II worth it? The short answer is, it depends.

If you never played Sniper Elite V2, then the Remastered is worth picking up if you enjoy the series.

If you have played V2 on one of its original platforms, then you can probably skip this remastered version. 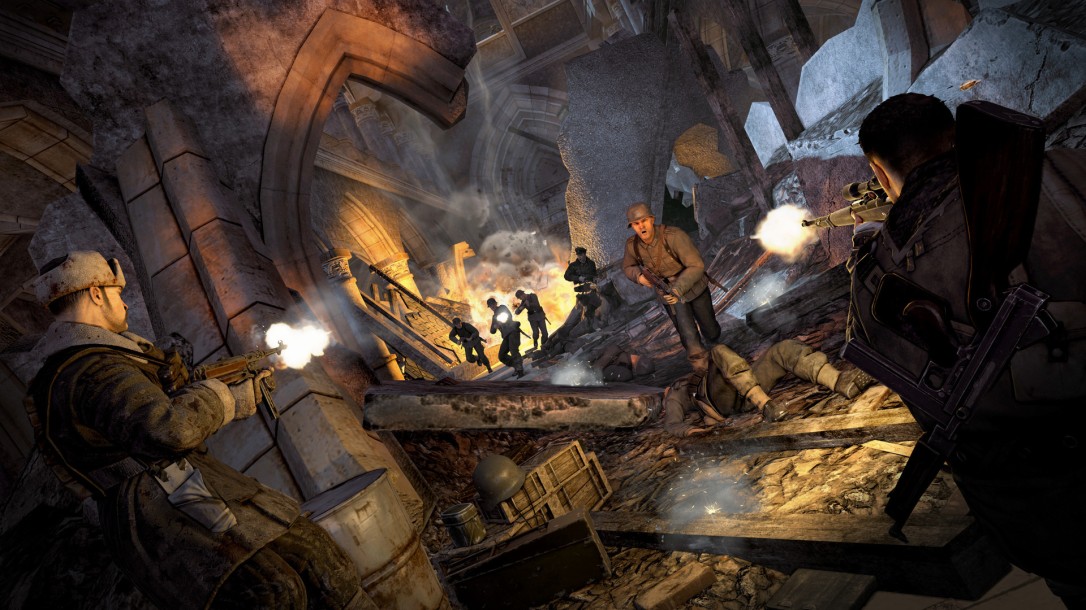 The game has been remastered with improved visuals and whatnot, but the game is still the same underneath of the graphics. That means it’s gonna look prettier than it did on PS3, but it’s gonna feel a little clunky and dated compared to the much smoother gameplay of Sniper Elite III and IV.

But if you’re a fan of the series, particularly as a console gamer, there’s certainly something to be said for having all the games on the same platform and with 4K and HDR support.

Unlike the games that would follow, Sniper Elite V2 is a linear experience. And there’s nothing inherently wrong with that, it just limits options.

With this game in particular, it can be a little underwhelming and even frustrating because the game walks a line between being stealth based and a traditional third person shooter.

Sniper Elite V2 is at its best when you’re living up the namesake, being an elite sniper. Lining up your shots, controlling your breath, calculating for distance, timing your shot to take place during background noise to help hide the sound is a lot of fun. Taking that long range shot and then watching the bullet travel and get the X-ray cam of it ripping through some poor dude’s eye socket is extremely satisfying.

You’re not always going to be able to keep that distance and pick off targets stealthily from afar; occasionally, you’re gonna have to get up close and that’s where the gameplay just isn’t that fun. Ammo is scarce, aiming these guns on a controller isn’t the easiest thing in the world, and the non-pistol guns feel like peashooters firing into a sponge.

It’s not fun, but the upclose sections are trivialized by the AI funneling into the area that you’re in, like through a door. This allows the player to plant tripwires and lob grenades for easy kills. 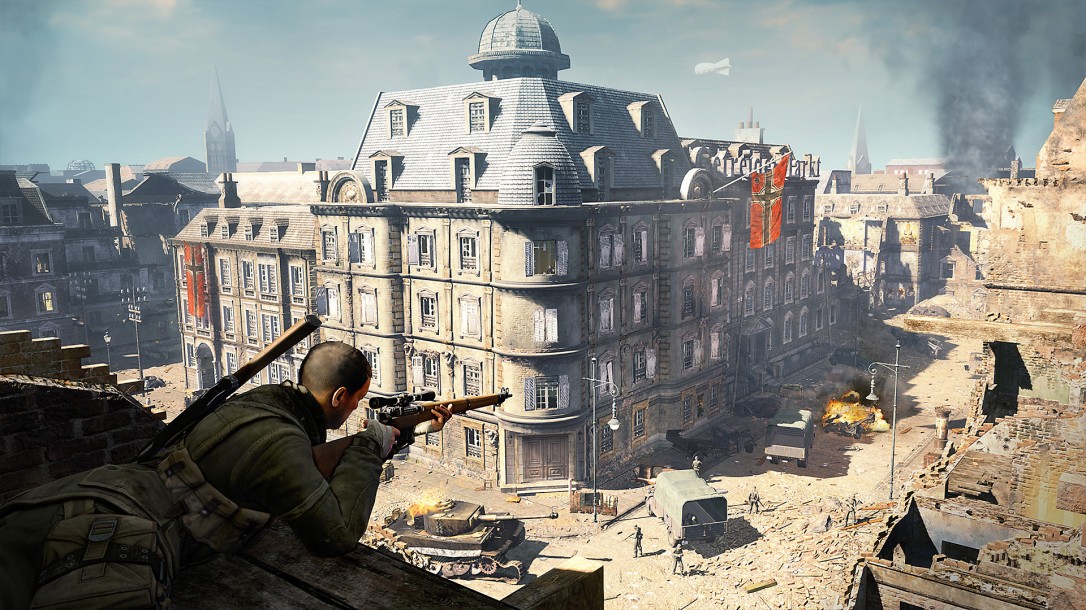 The campaign isn’t very long nor is it very memorable. In fact, you’re not likely to care one bit about the why of the mission. You take on the role of OSS Lieutenant Karl Fairburne on a mission to assassinate generals and scientists while tracking the development of the V-2 ballistic missile. Your targets aren’t always Nazi’s, but also Soviets. As the second World War ends, the Cold War begins.

This remastered version does include all of the DLC. That’s three additional campaign levels, new weapons, and of course the Kill Hitler mission. That’s great, though obviously expected of a remaster, because I didn’t play any of the DLC on the PS3 version.

New to game is the Photo Mode, allowing players to capture those stunning photos of their bullet destroying someone with the X-Ray cam. You can also play the game’s campaign, and its multiplayer modes, as one of eight new characters from the spin-off Zombie Army series.

Speaking of multiplayer, it has been updated to include 16 players. There’s seven PvP modes, and on the cooperative side you can play the campaign or three other modes. Do note that multiplayer does not factor into this review, as I haven’t and won’t be playing it. For me, personally, Sniper Elite is a purely single player experience as that’s the way I like it. 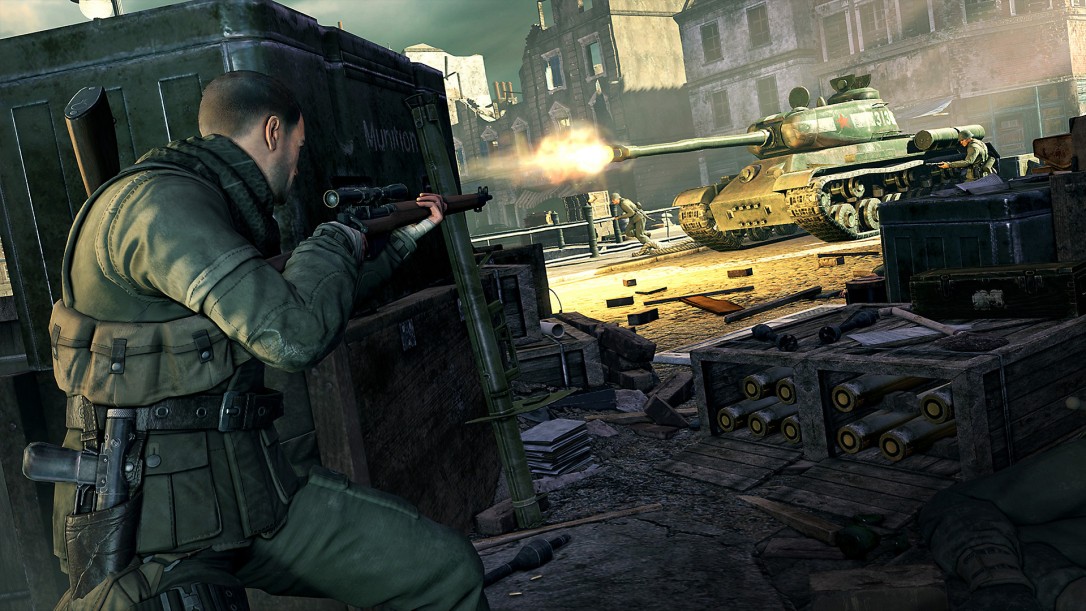 The score hasn’t changed any; Sniper Elite V2 remains a good game, the gameplay is just a little dated and if you’re used to playing the smoother and more recent fourth entry in the series then it could be a little hard to ease back into.

There’s enough collectibles and challenges, and various difficultly levels to give the game moderate replayability.

If you’re looking to jump into the Sniper Elite series, this is a good starting point because the games only get better from this outing and you get to experience a solid outing with improved visuals and audio.

Sniper Elite V2 Remastered gets a three out of five: GOOD.

* A digital copy of this game was provided by the publisher for review.