With their PlayStation consoles, Sony has built up a large fanbase for being the platform that not only gets all the big third-party multiplatform games, but also has the largest collection of first party studios pumping out exclusive games.

One of the most prolific of these studios is Sucker Punch Productions, who has been making games exclusively for PlayStation since 2002 on the PS2. In this article, we’ll take a look at the history of Sucker Punch, as well as some of their most notable games.

The History of Sucker Punch Productions

Sucker Punch Productions began in 1997 in Bellevue, Washington by founders Brian Fleming and Chris Zimmerman. At the time, the founders and core group all worked for Microsoft in various productivity and software development positions. The group all enjoyed video games and wanted to make their own despite only having one experience developing games.

Sucker Punch left Microsoft in 1997 and became an independent gaming developer. Their first game was originally announced as Sprocket, but underwent a name change three months before release by publisher Ubisoft because an outside party already owned the trademark for the name and was threatening legal action. The studio’s first game was renamed Rocket: Robot on Wheels and was released only for the Nintendo 64.

Following the release of Rocket: Robot on Wheels, Sucker Punch got started work on their next game which would be published by Sony Computer Entertainment and would appear exclusively for Sony’s PS2. That game was Sly Cooper and the Thievius Raccoonus and it would mark the company’s first franchise.

Sucker Punch developed two sequels in the Sly Cooper franchise before moving on to develop a new exclusive IP for Sony’s PS3. The new game, InFamous was a stark contrast to the studio’s previous outings, trading in cartoonish platformers for a darker and more realistic open world third person shooter revolving around a super powered man.

With a long history of working exclusively with Sony dating back to the early 2000s, Sony Computer Entertainment acquired Sucker Punch in 2011 officially making them a first party developer powerhouse. That same year, Sucker Punch released PS3 exclusives InFamous 2 and the downloadable InFamous: Festival of Blood.

After the release of Festival of Blood, Sucker Punch was able to turn their attention in 2012 to work on the next game in the franchise, InFamous Second Son, which came exclusively to PS4 on March 21, 2014. A few months later, the studio released the standalone DLC InFamous First Light, which marked the end of the franchise (at least developed by Sucker Punch).

In 2017, Sucker Punch announced their next game, a new IP called Ghost of Tsushima.

Below is a look at some of the most notable Sucker Punch developed games released to date.

Released exclusively for Nintendo 64 in 1999, Rocket: Robot on Wheels was published by Ubisoft and is the first game developed by Sucker Punch. The game puts players in the role of Rocket, a robot unicycle who has to save his owner’s zoo and theme park called Whoopie World before it opens since it’s being threatened by one of the park’s mascots, a raccoon named Jojo. The adventure platformer is notable for being the first home console game to feature a realistic physics engine that incorporated puzzles involving inertia and friction amongst other properties. The game takes place through six worlds within the park, and Rocket has to rescue the animals, and collect park tickets and tokens. The game was generally well received when it released, and the 20th anniversary issue of Nintendo Power magazine named it the 18th best Nintendo 64 game of all time. It remains the only Sucker Punch game to appear on a non-PlayStation system.

Sly Cooper and the Thievius Raccoonus

Sucker Punch’s second game marked the beginning of their relationship with Sony. Sly Cooper and the Thievius Raccoonus released exclusively for PlayStation 2 in 2002. Like their first game, Sly is a cartoonish platforming game where players assume the role of the titular Sly Cooper as he tries to hunt down the people who murdered his father and recover a book that belongs to his family called the “Thievius Raccoonus,” a book that can teach one to become a master thief. Sly Cooper mixed arcade action platforming with stealth elements to create something wholly unique. Sly Cooper would become the PS2’s third big exclusive platforming franchise, behind Ratchet and Clank and Jak and Daxter. 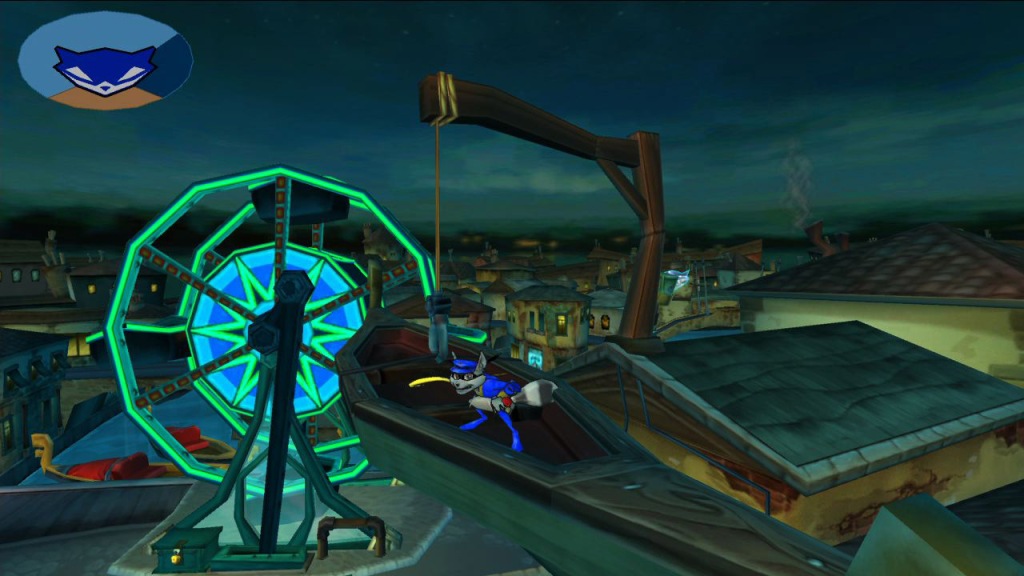 Sucker Punch followed up Thievius Raccoonus with a sequel, Sly 2: Band of Thieves. The game maintained the platforming and stealth mixture of the first game, but the game included numerous changes in level design, how skills are acquired or upgraded, and sections where players control Sly’s friends Bentley and Murray. This time around, Sly and his friends are chasing down Clockwerk parts that have been taken by the Klaww Gang.

After releasing Sly 3: Honor Among Thieves for PS2 in 2005, Sucker Punch moved on to developing a new original IP for Sony’s PS3. For the first time in the studio’s history, Sucker Punch dropped the cartoonish cel-shaded graphics and platforming genre and moved on to a more realistic human approach based in an open world. InFamous put players in the shoes of bike messenger Cole MacGrath who was at the center of a massive explosion that resulted in his getting electrical superpowers. The third person shooter features a unique good/evil karma system that changes the story and locks or opens side missions, so players hoping to see everything will need to play through at least twice. Released in 2009, InFamous sold over 2.7 million copies worldwide.

In 2011, Sucker Punch released InFamous 2. The sequel retained the gameplay mechanics of the first one in an open world, but moved from a city based on New York City to a city based on New Orleans. Like it’s predecessor, InFamous 2 also had a good/evil karma system that opened and closed side missions and had main missions play out differently. This time around, Cole was working to stop, or ultimately help, an extremely large villain known as “The Beast” that was making its way down the east coast of the US following after Cole. Perhaps the biggest change for the series was the inclusion of the User Generated Content Creator. This gave players creation tools to create their own challenges or missions, which could then be played and rated by other InFamous 2 players.

Released in 2014, InFamous Second Son marked Sucker Punch’s first outing on the PS4. The game is set seven years after the events of InFamous 2 and stars a new protagonist named Delsin. Where Cole had the power of Electricity, Delsin has the power to absorb the abilities of other conduits he comes in contact with. One such conduit was a woman named Fetch who had Neon abilities. In August 2014, Sucker Punch released InFamous First Light as a standalone DLC that starred Fetch. This was the last InFamous title.

What’s Next? Ghost of Tsushima

On October 30, 2017, Sucker Punch announced their next game would be set in 1247 Japan and would be called Ghost of Tsushima. Players will take on the role of one of the last samurai fighting back against Mongol Empire that is invading the island of Tsushima. It’s a war for the freedom of Japan.

Like InFamous before it, Ghost of Tsushima is an open world action game. Check out the announcement trailer below.

Ghost of Tsushima currently has no release date announced, but don’t expect it until late this year (at the earliest) or more likely 2019. We’re sure to hear plenty more about it over the coming months though.