While the game hasn’t been officially announced yet, Take Two and Gearbox have teased it recently. It’s coming, we all know it. It could come before March 2019, which means we’ll be hearing a lot about it in the coming months and could potentially be playing it within the next year.

Development has been long underway, and at this point would be very far along, but we still want to detail stuff we hope to see in the next game which we assume will be called Borderlands 3. Note that the logo in the above image is a fan creation, and we absolutely don’t want the 3 in the title to also serve as the “e.” We hate that, but we needed to use something.

With that said, here are the Five Things We Want From Borderlands 3.

With Borderlands 3, it’s time to move past this to instanced loot to making playing with friends and strangers a more fun experience and not a potentially frustrating one.

The nature of RNG instanced loot means you might get a good legendary drop and your buddies might get a poor drop, so of course the game needs to retain both functions of dropping loot for other players and trading with other players. But I want my time spent playing the game online to be respected with quality drops, not hindered by having to compete with others to get to a drop first.

Let’s get something straight right at the beginning, we’re not asking for Destiny style raids. That is to say we’re not asking for raids that are made up of several encounters with platforming and heavy mechanics before you get to the boss that can take hours to do until you fully master it. Rather raids that are little more advanced than what we’ve seen out of Borderlands so far, giant bosses with a ton of health.

Encounters prior to the boss can be fun, and make sense. Enter the lair or whatever, kill minions and make your way to where ever the boss or giant creature is at and then fight it. Something just a little more than “here’s this dude or giant creature with massive amounts of health, go kill it.”

Bigger and more involved raids also doesn’t mean raids that become impossible to solo. Should they be designed for teams? Of course, but they shouldn’t be designed in such a way that you absolutely need four (or even six or eight since we want to go bigger) players to complete. Really skilled solo players with good gear should be able to solo it, no matter how challenging it may be. 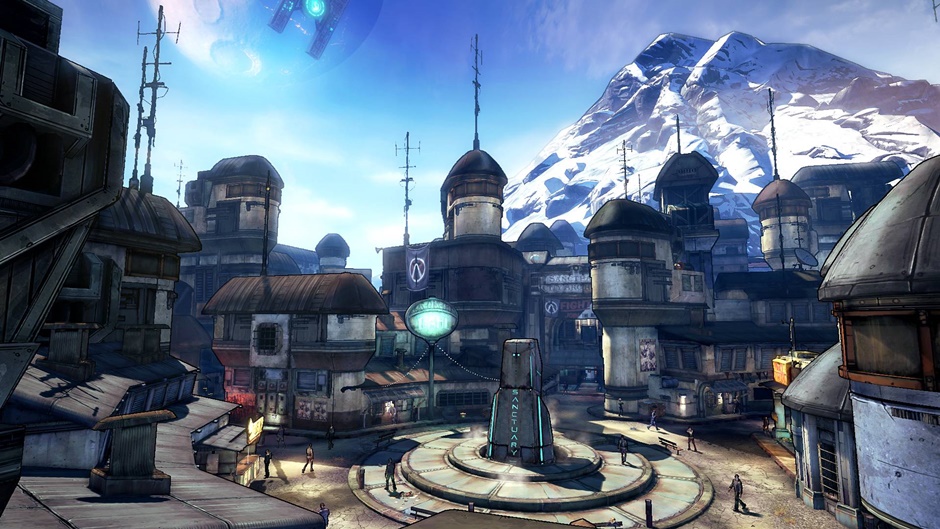 A lot has changed since Borderlands 2 released back in 2012. Sanctuary was a fun, safe city for players to go to and pick up quests or visit numerous vendors and access their storage vault. But unless you were in a group with others, it was a solo city. In Borderlands 3, we want the hub city to be a social space no different than the Tower in Destiny or safe zones in The Division.

For a co-op based game, an online social space just makes sense. It’s a place to go to gather quests and check out vendors, sure, but it’s also a place to potentially meet people to play with.

More importantly, for Borderlands, it offers a central space for players to be able to trade gear with others not in their party and would offer up a central dueling arena for those old Borderlands PvP duels. With the ability to drop loot in the city, you could potentially run around playing Santa Claus for 20 or so other players. 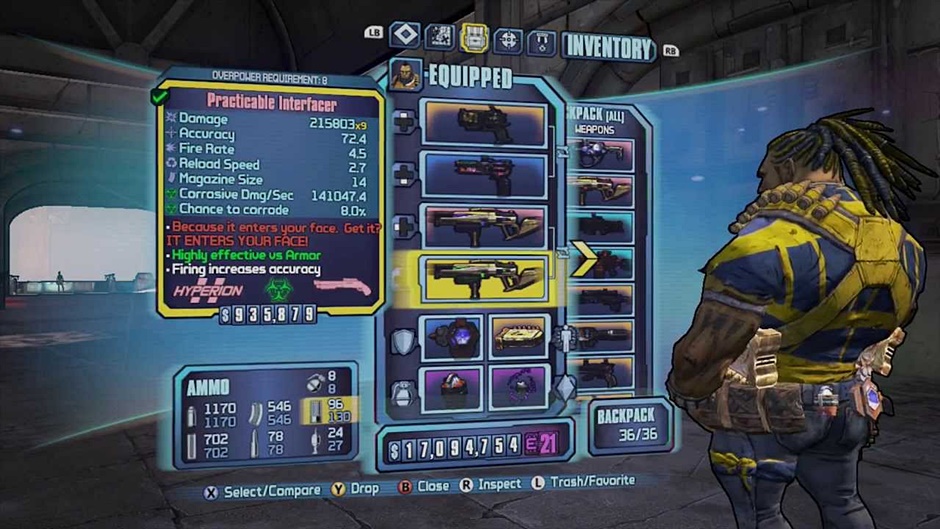 Borderlands has a ton of loot. So many bizarre weapons and random rolls. The problem is players have been severely limited in the amount they’re able to carry on them or place into storage.

Of course Borderlands has way too much random stuff to be a collection game, so it’s not like you need to space to store everything you get. But when you’re backpack has its limited space get filled up by absolutely everything, it becomes important to become somewhere to store stuff for later use.

No one likes playing and picking up loot, just to get to a drop and see “inventory full” and then have to drop something (or find a vending machine and sell it). We’re not saying you should be able to carry an infinite number of items, but having a large vault or storage bank to put stuff into would certainly go a long way in improving the quality of life of a looter shooter.

It’s true that Borderlands 2 offered up a lot of variance in location and looked good visually. Multiple planets can increase that significantly and offer up additional challenges and impacts to gameplay like the low gravity of The Pre-Sequel.

Ideally, you’d have the main story take place on one planet, with maybe a need to visit a different one as part of the story, but have the other planets be there for end-game activities. And that opens up additional planets with stories to be added to the game as DLC as well. We want to see more of the universe in which Borderlands inhabits. We know what creatures are on Pandora, what wild things exists on the other planets?

Agree? Disagree? Sound off in the comments below and let us know what’s on your Borderlands 3 wishlist.

2 thoughts on “5 Things We Want From Borderlands 3”