The first person shooter genre has become one of the most popular in gaming. While the genre was predominantly a PC and Mac genre in the early and mid 90s, the 1997 release of GoldenEye 007 on Nintendo 64 paved the way for a to move into home consoles.

In 2001, Microsoft released a new console called Xbox and one of its launch titles would redefine what people thought of first person shooters on home consoles. That game, Halo: Combat Evolved, launched developers Bungie into the spotlight and made them one of the top developing studios in the world.

In this article, we’ll take a look at the history of Bungie and some of their notable games.

The History of Bungie

Bungie was formed in May 1991 as Bungie Software Products Corporation by Alex Seropian who later brought in programmer Jason Jones. The studio was based in Chicago, but now resides in Bellevue, Washington. Bungie’s first game was Seropian’s Operation: Desert Storm for the Mac.

The studio released nine games for Mac and PC between 1991 and 2001 before being acquired by Microsoft Studios. The studio’s first massive hit was Halo: Combat Evolved that released in November 2001 as a launch title for Microsoft’s new Xbox home console. As part of Microsoft Studios, Bungie would go on to develop and release five total Halo games.

In 2010, Bungie announced that they had signed a 10-year deal to make games for publishing giant Activision. In 2013, they officially revealed their first non-Halo game since 2001, Destiny- a science fiction first person shooter with MMO elements. Destiny released in September 2014 for PS4, Xbox One, PS3, and Xbox 360. Next month, the long awaited sequel, Destiny 2, releases for PS4, Xbox One, and for the first time PC. 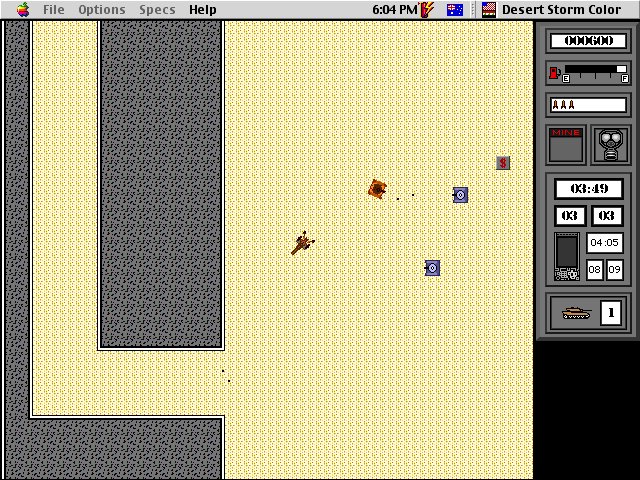 The first game ever developed and released by Bungie, Operation: Desert Storm was a top down military strategy game based on the ongoing Gulf War that released for Mac OS in 1991. Players controlled a tank in top-down perspective roaming around 20 levels shooting enemy tanks and avoiding incoming shots.

The game also contains lots of facts about the Middle East and military terms, and would ask trivia questions that the player would have to answer. It also included authentic maps of the Kuwait theater of the war. The game only sold around 2,500 copies. 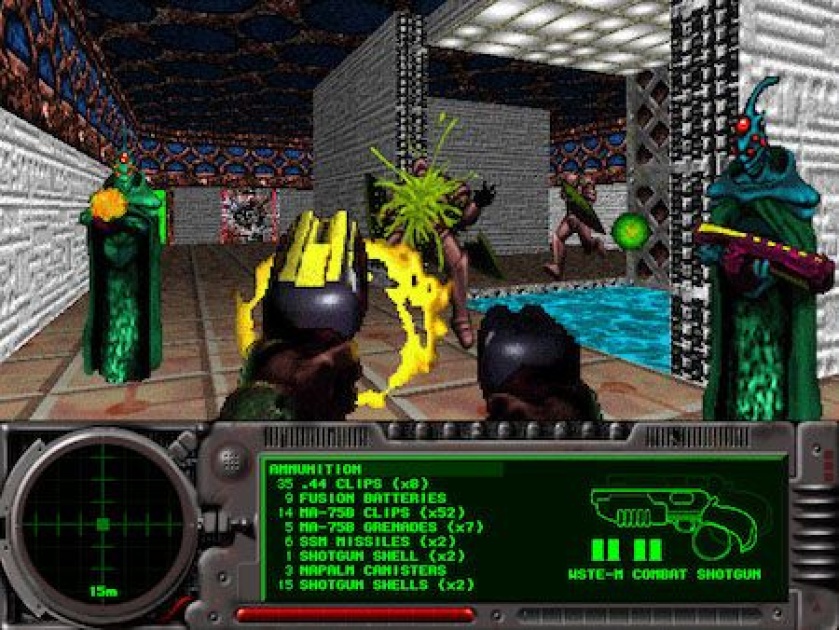 Bungie’s fourth game would be their first experience with the genre that would eventually make them one of the top developing studios in the world. Marathon released in 1994 for Mac. Like the franchise that Bungie would become known for years later, Marathon is a science fiction first person shooter.

The game takes place hundreds of years into the future and revolves around a security officer on the spaceship UESC Marathon who has to fight off an alien invasion aboard the ship. Unlike most first person shooters at the time, Marathon had a detailed and important to the gameplay story told largely through terminals.

Marathon included a multiplayer deathmatch mode for up to eight players on LAN. Marathon marked Bungie’s first franchise, as they would go on to develop two sequels for the game.

After releasing the final game of the Marathon trilogy in 1996, Bungie’s attention had turned to a new IP and a new genre. In 1997, they released Myth: The Fallen Lords for PC and Mac. A real-time tactics game, Myth: The Fallen Lords tasked players with controlling a small army and winning battles against dark forces using tactics.

Unlike popular real-time strategy games at the time, Myth: The Fallen Lords focused on military tactics using its advanced physics engine and did not feature the resource gathering and military building of other games. It also featured a multiplayer mode with both team modes and free for all modes.

It was a hit for Bungie, with some outlets at the time calling it one of the best strategy games (a popular genre at the time) available. Bungie would follow up the game with a sequel, Myth II: Soulblighter, in 1998.

Bungie’s first massive hit came in 2001. Published by Microsoft Studios, Halo: Combat Evolved was the flagship exclusive title at the launch of Microsoft’s first home console, Xbox. Like Marathon, Halo is a first person shooter set far in Earth’s future where humans have colonized space and become enemies with a group of alien races called the Covenant.

The game was heavily praised by critics and gamers alike, and in turn was a system seller for Xbox. Within two months of the release of the game and the Xbox, over 50% of Xbox owners purchased Halo. Less than five months after its release, the game had sold over one million copies, making it one of the fastest selling hit video games ever at the time.

Halo redefined what first person shooters on home consoles could be, becoming hugely influential to the genre in the process. Halo: Combat Evolved also packed multiplayer modes for 2 to 16 players via a LAN connection.

Halo would become Bungie’s huge franchise and they would develop four sequels to the game. Halo: Combat Evolved has a Metacritic score of 97, making it one of the highest rated games of all time.

In 2010 Bungie released their last game in the Halo franchise, Halo: Reach. The fifth game in the series, Halo: Reach is a prequel to Halo: Combat Evolved taking place shortly before the events of that game.

The game takes place on the planet called Reach that is an Earth colony and serves as a military hub. It tells the story of a Noble Team Spartan known as Noble Six as he or she and the rest of the group try and protect the planet from an invasion by the Covenant. Noble Six manages to buy time for the the Earth ship Pillar of Autumn to escape the planet and sets up the events of Halo: Combat Evolved.

Halo: Reach made more than $200 million in its first day on sale and has sold over nine million copies. 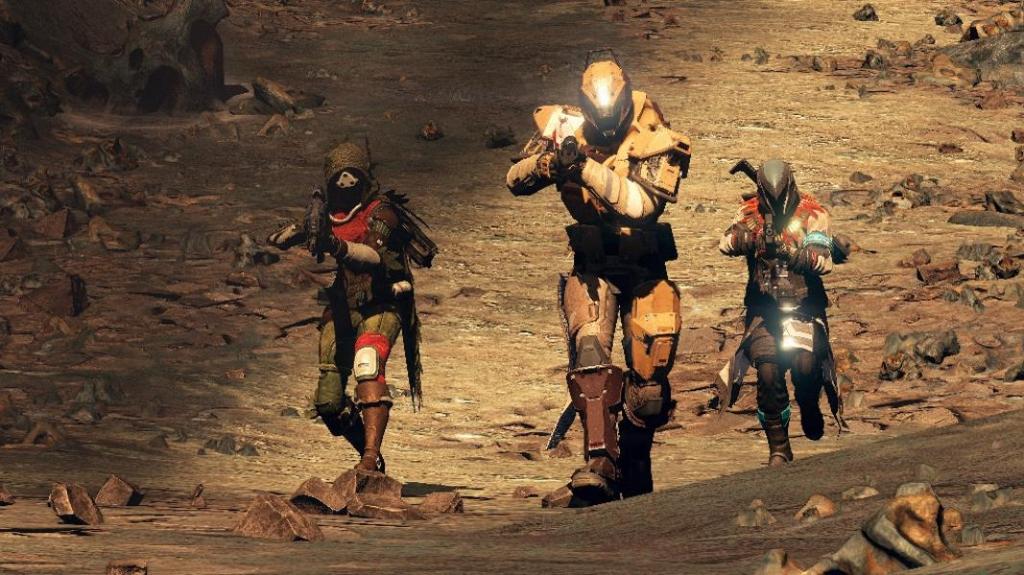 In September 2014, Bungie launched Destiny on PlayStation systems and Xbox systems. This marked the first time since 2001’s Oni that a Bungie game wasn’t exclusive to Xbox and only the second Bungie game to appear on a PlayStation platform (the first being Oni for PS2).

Destiny is a first person looter shooter set in a shared world. Players take on the role of a Guardian that’s one of three classes (Hunter, Titan, and Warlock) that fights back against the Darkness to defend Earth’s Last City. Thanks to amazing gunplay and quality PvE group based content like six player raids and a popular PvP scene, Destiny has amassed a huge community of active players that have made the game one of the most played of the current generation and frequently one of the top games on Twitch.

In June 2017, the Destiny community raised over $1.2 million for St. Jude’s Children Hospital as part of the community ran GuardianCon event.

Bungie has been at the forefront of the evolution of the first person shooter genre on home consoles. Their Halo games have all been huge system sellers for Xbox and Xbox 360, and they’ve also been highly influential on the genre with other developers trying to create a Halo killer and then a Destiny killer.

Bungie’s games have been highly rated and praised by critics and consumers, and their upcoming game Destiny 2 is highly anticipated because of the studio’s long standing reputation.