Seasons After Fall is a 2D platforming puzzle game for PS4, Xbox One, and PC from French developer Swing Swing Submarine and published by Focus Home Interactive. In it, you play a spirit that possesses a wild fox and set off on an adventure through a forest. You have the power to manipulate the four seasons, changing them on the fly to complete puzzles.

If nothing else, Seasons After Fall is an absolutely beautiful game graphically speaking with its hand-painted forest setting that changes on the fly based on the season you switch to. The visuals alone will keep you engaged for a short while and changing the seasons is a fun mechanic.

With the excellent graphics and the amazing soundtrack, it’s a shame everything else about Seasons After Fall is merely decent and largely bland.

If you’re looking for a story, there isn’t one here really. I suppose you’re free to make up your own story if you so choose. I didn’t.

If you’re looking for deep gameplay, you also won’t find that here. It’s simple platforming that sometimes can be frustrating and relatively easy puzzles that rely on your ability to manipulate the seasons to change the game world. 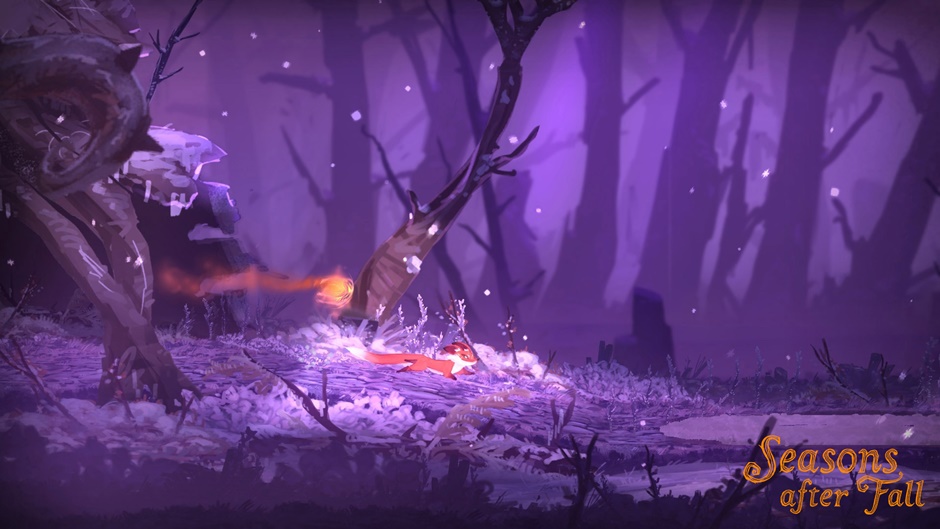 Acquiring your abilities is a bit of a chore because it involves a lengthy walk in one direction doing some routine platforming. Get the power, and back track doing more platforming and using your new ability to solve little puzzles to help you get back to Sanctuary. Simple enough in the beginning.

Once you have control over all four seasons though, things get a little more complicated. Some areas you’ll fly through, and some you’ll find yourself back tracking trying to find what you missed because you weren’t in a particular season to see something.

Each season causes a change in the world like causing plants to bloom, raising water levels, making mushrooms grow, freezing a path, etc.

The biggest issue with Seasons After Fall is the repetitive nature of having to constantly back track through the same environments just swapping the palettes while doing some basic platforming. There’s nothing else to engage with.

And while the game can completed in just a few hours of casual play, it’s probably not going to hold your interest long enough to do it in one sitting because it does sometimes feel like a chore. 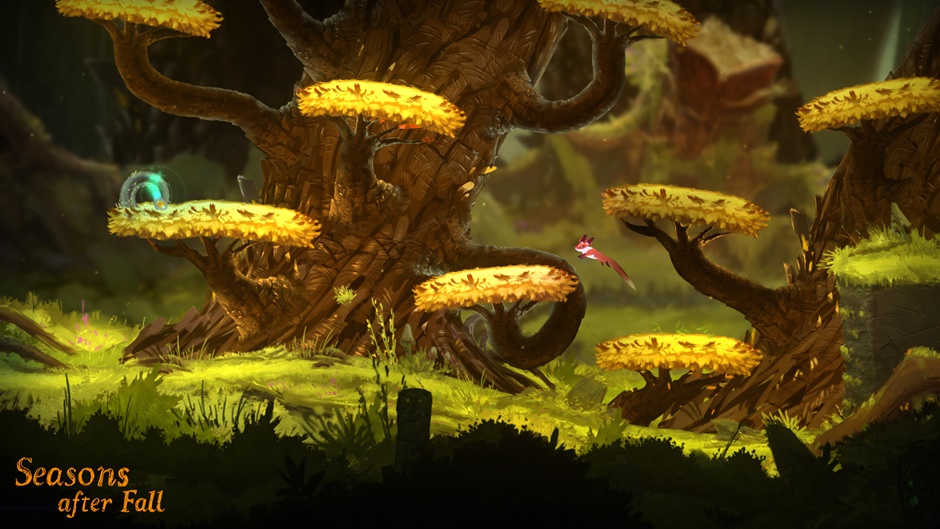 Seasons After Fall will definitely appeal to some gamers who will love the art style and the relative relaxation the game provides and can look past the shallow gameplay. Most, I think and myself included, would probably be underwhelmed with both gameplay and length.

It’s available for $20 on PS4 and Xbox One, but ultimately $10 would probably be a better price point for it. It’s currently $15 on Steam, so if the game sounds appealing to you, you might want to consider just picking it up for PC and save $5.

What it does right (graphics and sound), the game absolutely excels. It really is a beautiful game and swapping between the different seasons is eye-catching and pleasing. The moment to moment gameplay borders on boring and without having a decent story to try and pull you in, Seasons After Fall never really rises above being just decent.

Seasons After Fall gets a two out of five: DECENT.

2 thoughts on “Seasons After Fall Review”